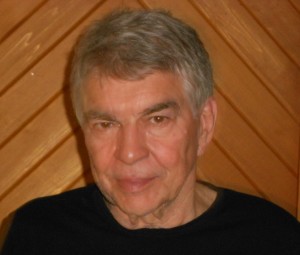 Background
An avid traveller, Faas hitchhiked throughout Europe and North Africa in his mid-teens and has kept up his globe-trotting ever since. During his student years, he lived, worked and studied in Munich, Paris, Madrid, Stockholm, Rome and London. A full professor of English Literature after completing two Ph.Ds (Dr. phil. and Dr. habil.), Ekbert Faas left Europe to restart his career under a grant from the American Council of Learned Societies in New York City. A biographer, translator, novelist, critic, literary historian, and interdisciplinary scholar, he has had a lifelong interest in poetics, and especially in evolving a new aesthetics based on cognitive science and evolutionary theory. A recent result of these endeavours, The Survival of Beauty and Art has been submitted for publication. Since his highly acclaimed Woyzeck’s Head appeared in 1991, he has also continued his work as a novelist. His diaries, started at age 15, and by now counting 150 volumes, have served him as a major quarry in his creative endeavours.

Below follows a list of his major publications, with critical summaries and appraisals

This entry was posted in Uncategorized. Bookmark the permalink.