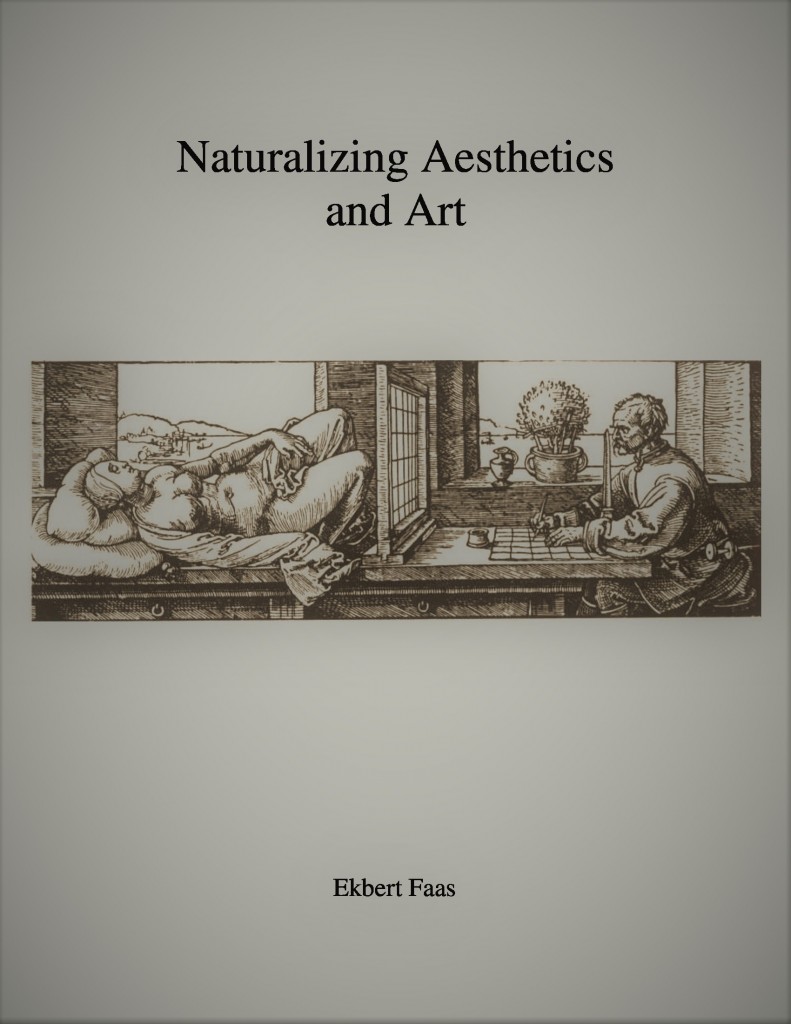 Art theorists, both traditional and Darwinist, tend to speak in omnibus nutshell formulas such as “significant form” or “aesthetic instinct.” Faas instead offers an unprecedented theory of art and aesthetics organized around five comprehensive categories (the appetitive, sexual, perceptual, cognitive, and cultural) derived from the evolutionary and cognitive sciences. He also draws on prior works like his The Genealogy of Aesthetics, Shakespeare’s Poetics (both Cambridge) and Retreat into the Mind, a study of Victorian psychiatry and poetry (Princeton).

Motile micro-organisms from which we evolved respond “aesthetically” to their surroundings as either life-enhancing (“beautiful”) or averse (“ugly”), a process that is nearly as old as life.  Human representational art, by contrast, is incomparably younger, beginning less than 50,000 years ago.  But whatever it depicts, still arouses in us more primitive (appetitive and sexual) responses (e.g., a painted apple making you want to eat it or a beautiful human being prompting feelings of attraction), before the “cultural” accomplishments of the artistic representation appeal to the connoisseur.

Supported by numerous illustrations, Faas’ arguments focus on animal and human play; art in relation to artifacts (from bowerbird nests to human stone tool production and architecture); the paintings and sculptures in Stone Age caves like Chauvet; early forms of religion appearing in ancient burial sites; children’s art; the emergence of syntactical language, and so on. They also explore artworks from different civilizations: overtly sexual in medieval India; joyful and life-affirming among the Minoans; holding the middle-ground between being obsessed with death and celebrating life in ancient Egypt; or prioritizing torture, the horrific, and revolting among Mayans, Aztecs, and medieval/Renaissance Christians. Faas’ theoretical framework thus allows him to evolve a typology of characteristics which render the arts of different civilizations so remarkably and, as it seems, unalterably distinct from each other.

Another by-product of Faas’ theoretical endeavours is his revaluation of modernist art. To vilify the latter as “ugly, baffling, and insulting” (Steven Pinker) has become common among Darwinians, sometimes because of its alleged maladaptiveness, but really because these critics misinterpret modernist art as just more Art in a continuingly idealistic sense. Viewed less simplistically, modernism was born out of a rebellion against and deliberate destruction of Western aesthetic norms with their hyper-ethereal and puritanical mandates – a watershed development prompted by the breakdown of the powerful human artist/Divine Artificer trope. It started with Goethe, Coleridge, and Baudelaire, reached a ne plus ultra in minimalist art, and began to search for the radically new with Cezanne and van Gogh as well as their cubist and expressionist successors. The distinction also marks a more general divide in so far as artists who render what they represent more than naturally “striking” (Ellen Dissanayake), do so in an either attenuating (Cézanne) or exaggerating (van Gogh) mode.

Faas takes issue with Hegel’s still fashionable prophecy of the inevitable death of art for allegedly being tainted by an inalienably “sensuous element.” Art as an amalgam, not just of cultural, but also of its more natural elements, cannot die as long as humans survive – except when misused for cultural, e.g., religious or political propaganda. To use Richard Dawkins’ popular neologism, this is because deleterious memes (like the end-of-art prophecy itself) differ from harmful genes in that, if maladaptive, they are not necessarily weeded out by natural selection. Instead, they can survive such extinction by being protected, for instance, under a pernicious social and/or ideological status quo they help support.

In sum, Faas’ attempt to naturalize art and aesthetics might not only help improve their limited understanding, but also promote a truly post-modernist art more life-affirming (or call it adaptive) than what went before. Readers skeptical of the study’s scope might consider that it has been in the making for over fifteen years, and that without counting its above-mentioned predecessors like The Genealogy of Aesthetics.