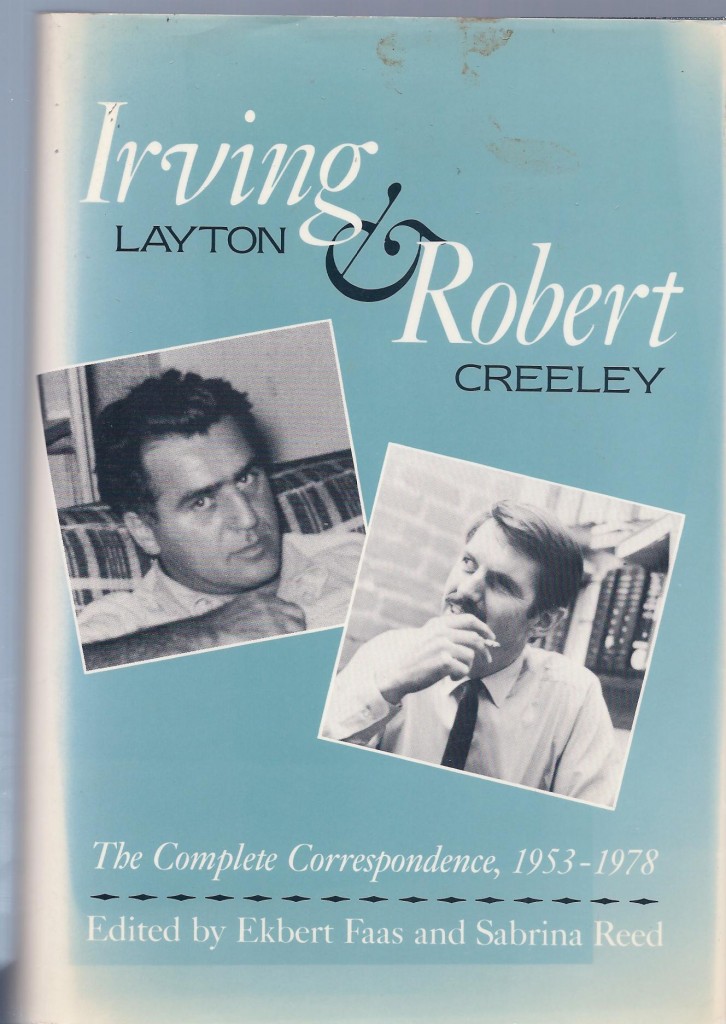 “The day has been slow in coming, but at last the scholars of post-war Canadian literature have emerged and begun production … A noteworthy example is the recently published correspondence of Irving Layton and Robert Creeley, edited by Ekbert Faas and Sabina Reed … The editors have done an admirable job of scholarship. They provide a hefty and wise introduction, amazingly thorough notes, a very clean index and 30 photographs from the period. The book makes a significant contribution to the historical and critical study of Canadian and American poetry.” (George Bowering, Globe and Mail, 1990/9/1)

“This is in many ways a very important and oddly central book for anyone who is interested in the emergence of Robert Creeley as one (if not the) major poet in American English in the last half of the twentieth century.” (Harry Lewis, American Book Review, October/November 1991, 1-2)

“Faas and Reed have done a great deal of … historical work, and its burdens must not be minimized, or its rewards for the reader. The index is similarly detailed, accurate, and useful … The letters themselves make stimulating enough reading … This volume provides an important documentary source for Creeley and Layton scholars, and will continue to be referred to.” (Brian Trehearne, Essays on Canadian Writing, 47, Fall 1992, 82-89)

“The more interesting passages in the correspondence of Layton and Creeley, which has now been made available in an edition by Ekbert Faas and Sabrina Reed … help us to realize that writing can be a way of life.” (Christoph Irmscher, “Building Lives,” Canadian Literature, 134, 138-140)

“From the start of this collection, diligently edited by Ekbert Faas and Sabrina Reed, it’s clear that Layton and Creeley didn’t have a lot in common. Where Layton was reckless and emotional, Creeley was cool and precise.” (Joel Yanofsky, “Irving Layton and Robert Creeley,” Toronto Star, 1990/10/6)