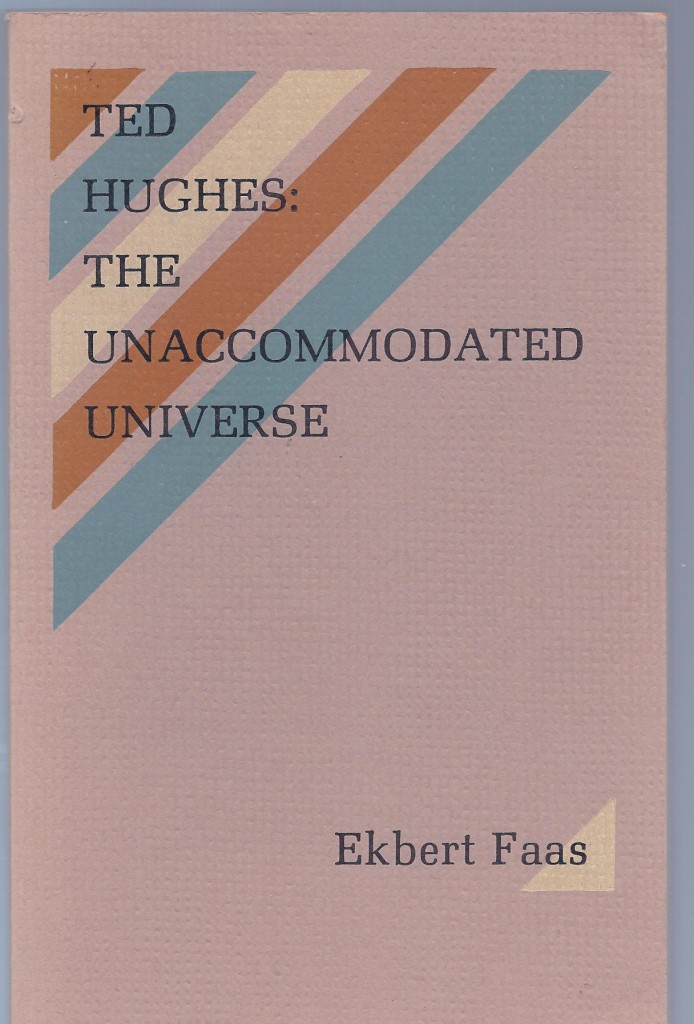 “Ekbert Faas published an interview with Ted Hughes in the London Magazine (January 1971) which has since become a fruitful point of entry for those wishing to be initiated into Hughes’s later poetry … The book which Dr Faas has now put together develops out of this: it contains the texts of two interviews (1970-1977) and a number of valuable excerpts from Hughes’s critical writings, as well as Dr Faas’s own account of the poet’s life and work. Dr Faas is well aware of the dangers of the intentional fallacy, but he has nevertheless chosen to steer very close to Hughes’s own life and ideas, alluding not only to his reading and the development of his thought but also to the circumstances of his life and the effect of private events on his poetry. In this Dr Faas is justified, and is consistently successful: his description of Hughes’s reading, and his charting of Hughes’s development, is illuminating and helpful … intelligent and helpful.” (J.R. Watson, Yearbook of English Studies, 13, 1983, 363-364)

“Readers and scholars will welcome this critical account of Hughes’s growth and development. Faas believes that Hughes’s poetry celebrates a ‘radical primitivism’ that begins in moments of ‘flash-vision creativity.’ Faas treats the early books in great detail, but he places major emphasis on Crow, Gaudette, and on Hughes’s long ‘mythic play,’ Orghast. … Faas appends an excellent bibliography and two long interviews he conducted with Hughes. Libraries will want to acquire this book because it helps to point up ‘the living and individual element’ in a poet who is becoming more famous on both sides of the Atlantic.” (Daniel L. Guillory, Library Journal, 1980)

“ ‘Our first three-hour discussion in March 1970 was enough to turn me from an admirer of his poetry into a witness of an interior saga whose gradual unfolding in his writing has held my interest ever since.’ So writes … Faas in the ‘Personal Pre-Preface’ of his recently published book Ted Hughes: The Unaccommodated Universe.
The personal contacts with English poet Ted Hughes came about while Prof. Faas was in London working on a second doctorate in English literature; he approached the poet after completing an article about him for a volume on English poets. Many hours of ‘very intense and private conversations’ ensued.
‘He struck me as a genius … someone operating in a different dimension … like a man talking in a dream … he gave me a sort of dream account of what his poetry was about.’ …The 215-page semi-biographical and psychoanalytic book retraces Hughes’s poetic development from its beginnings and includes excerpts from his critical writings and two interviews conducted by Prof. Faas.” (York University Gazette, 1980)