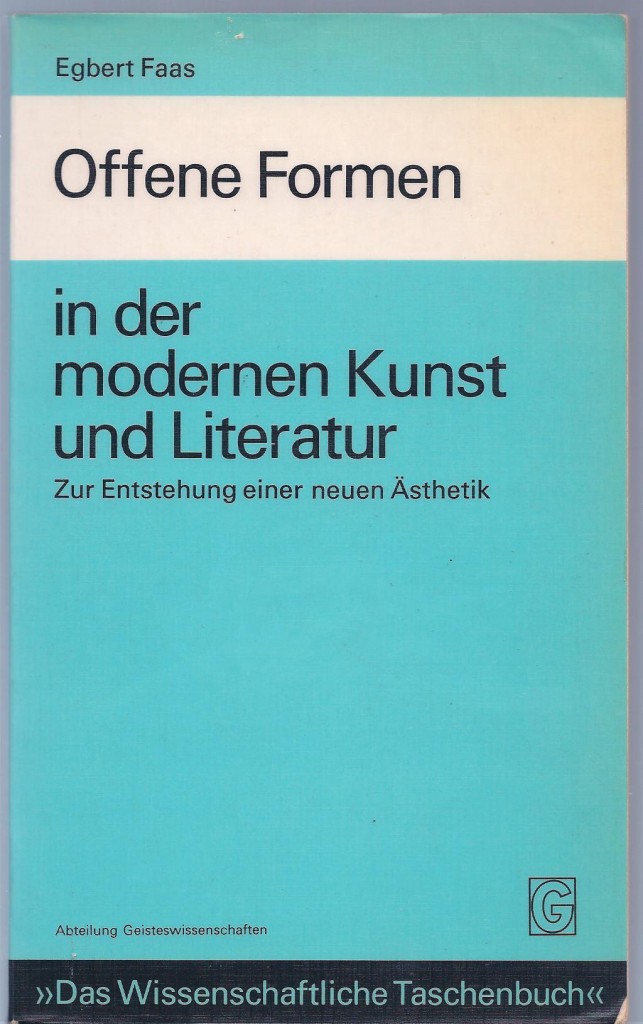 (Translated from the German): “The phenomenon of ‘open form’ has played a crucial role in the emergence of a new aesthetics, and in literature and the fine arts no less than in music. At the end of his complex and penetrating study the author has to confess that the question as to how to define ‘open form’ can only be answered in terms of the various artistic and philosophical theories offered by the artists discussed in his book. This is not said in a spirit of resignation, however, but in the conviction that the new aesthetics resists facile rationalist categorization and that it is still too early to try to systematize its basic assumptions … The high standards of this important study are reflected in the care and attention which the author devoted to his scholarly references and indices.” (Siegfried Borris, Musik und Bildung, 1977)