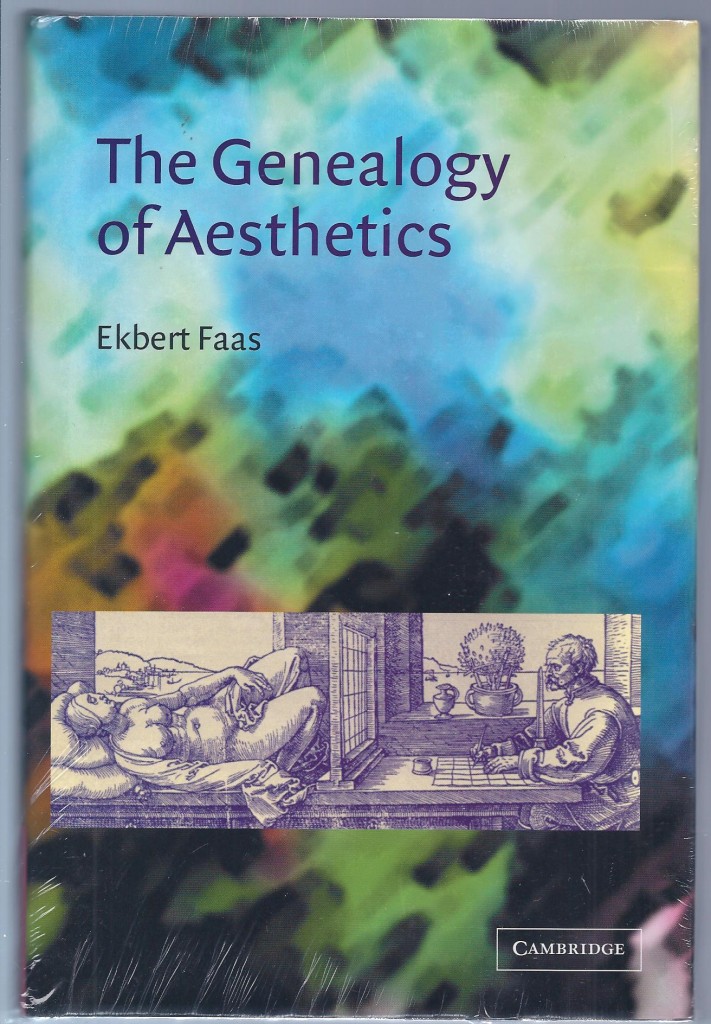 Predictably, this Nietzschean critique of idealist Western aesthetics has met with both praise and rebuttal. Professor Dabney Townsend, Director General of the American Society of Aesthetics, after reviewing Genealogy in the European Journal of Philosophy, April 2004, 12, 1,152-56) and calling its thesis “clearly and forcefully presented,” has since been evolving an “anti-Genealogy of Aesthetics,” and presented his findings at a 2010 seminar, The Genealogy of Aesthetics: An Attack, held at the Museum of Contemporary Art in Montreal.

“Interesting and farsighted. I do indeed agree the direction that you and a still small number of scholars have taken in theory will win in time, and probably sooner than later.” (University Research Professor E.O. Wilson, The Agassiz Museum, Harvard University, personal correspondence)

“With its overview of the new kinds of aesthetic–neuroscientific–evolutionary approaches, it is a must for those interested in these interdisciplinary ventures that are no doubt before us. For instance, there exists for the first time now a real possibility for an aesthetics of the ‘lower’ senses that have been excluded for so long from almost any aesthetic conceptual thinking …This extensively researched and outspoken book by Ekbert Faas gives aesthetic theory a decisive push in its move from the head into the body, as it were, and in so doing opens aesthetics to a wide array of new approaches from the direction, broadly speaking, of the life sciences and neuroscience … Against this master narrative of de-sensualized beauty, Faas highlights the small number of thinkers who historically stressed the importance of the body and the senses in conceptualizing the beautiful. In doing so he prepares the ground for those who recently have begun to call for an aesthetic reorientation capable of integrating findings in the neurosciences that point toward the concept of ‘embodied mind.’

Within the history of aesthetics itself, Nietzsche has been an unwavering advocate of a ‘physiological aesthetics’ of this kind … The Renaissance brings some changes through secularization in the arts and the rise of artists such as Dürer, but the contemporaneous emergence of the new academies tightens, if anything, the reign of the existing aesthetic paradigms. Nevertheless, time and again the prescribed patterns are challenged and satirized by individual great thinkers: Montaigne’s unabashed claims made for pleasure; Bacon’s historical sense of an original inversion in aesthetic values; Hobbes’s empiricism; Shakespeare’s satire of academic values through explicitly sexualized language, and other cases. This countertradition carries with Feuerbach and Marx into the modern age. The latter, in turning Hegel’s aesthetics from its head back onto its feet, has his own ‘Nietzschean moment’ (chapter 13) in stressing the physical and sensory in aesthetics … In Faas’s discussion of postmodernism, which takes up a good third of the book, his analysis becomes more involved and detailed, more linguistic and philosophical, less historical and summarizing in an effort to reveal the continued, in fact intensified, drive of aesthetics into a nonsensory and transcendental direction.

The postmodern orthodoxy, represented in thinkers such as Heidegger, Derrida, Lyotard, de Man, and others, is entirely grounded in, and carries on, the grand ascetic-transcendentalist tradition of aesthetic thinking, wholly wrapped up in linguistics instead of the senses. While occasionally disagreeing sharply with the postmoderns, Faas presents their case fairly and only toward the end does he train his guns fully on what the reader has understood to be the object of his criticism all along: the exclusive transcendentalist positing of aesthetic value, the repression of hedonism and pleasure that has dominated the field for over 2,000 years and has been, if anything, reinforced in the recent past by the verbal gymnastics of postmodernism and aesthetics as a form of ethico-teleology … Faas, ever circumspect and astute, offers a warning that a purely physiological aesthetics would be ‘no substitute for studying the beautiful, creativity, and the arts from sociopolitical, feminist, genre-theoretic and other “cultural” perspectives’ and contexts (301).’ Clearly, he opts for a balanced and integrated approach.” (H. J. Rindisbacher, European Legacy, 10, 5, 2005, 543-45)

“The basic opposition between materialism and idealism is well presented, and guides the reader all through the book. Furthermore, the author uses numerous examples coming from the art scene, and these examples help to contrast theory with the actual artistic productions. The Genealogy of Aesthetics presents many diverse reflections about art and beauty.” (Frederic Morneau, Gnosis, 7, 1, 2003)